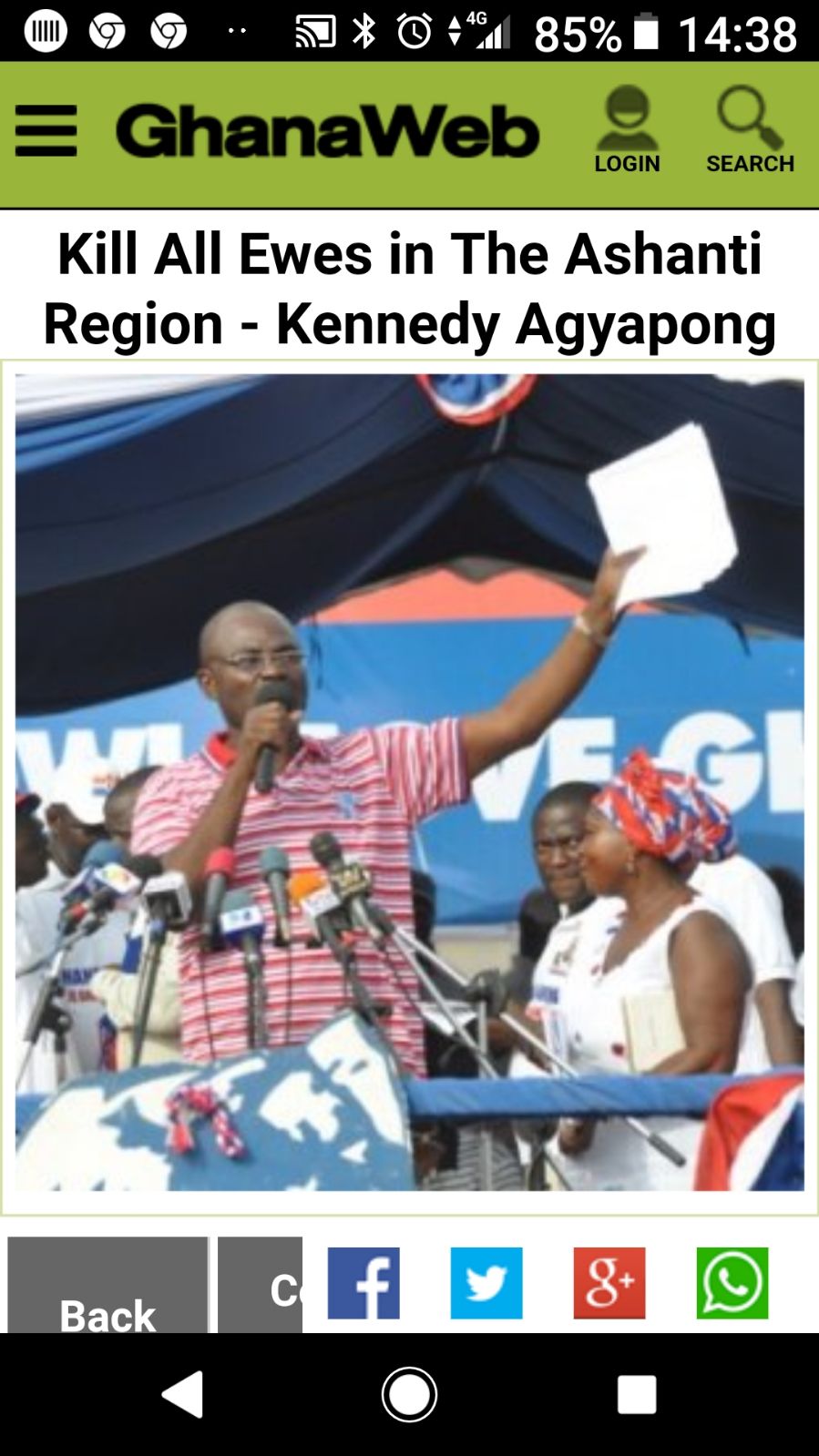 Kill All Ewes in The Ashanti Region – Kennedy Agyapong

The acerbic-tongue New Patriotic Party (NPP) Member of Parliament (MP) for Assin North, Kennedy Agyapong has again done what he is noted of, descending into the gutter on his Madina- based radio station, Oman FM last Friday morning.

According to him, he has declared war on all Ewes living in the Ashanti region, and that the NPP activists in the region should attack Ewes with machete and cutlasses. He warned that all security personnel who will try to keep the peace in the region will be lynched.

Kennedy Agyapong then latched onto the Security Co-ordinator and the Inspector-General of Police (IGP), warning that they should not dare send their men to keep any peace in the Ashanti region.

“Today I declare war in this country, Gbevlo-Lartey and his people, IGP should know this. Voltarians in the Ashanti Region will not be spared. If anyone touches you, butcher him with a cutlass…”, Kennedy Ohene Agyapong said.

Kennedy Agyapong’s latest hate speech on the Ewes came on the back of a similar attack by Kwabena Agyapong, an NPP stalwart and former NPP presidential aspirant, directed at Ewes and the people of Hohoe claiming that there are no human beings in Hohoe.

Kwabena Agyapong added that since there were no human beings in Volta Region, his party was going to challenge the figures from that part of the country, an indication that to the NPP, the Volta Region, conceivably, is full of animals who could not have been capable of producing impressive election figures for the NDC that have earned the region its ‘NDC World Bank’ accolade.

Kennedy Agyapong’s latest call for violence against Ewes follows Nana Akufo-Addo’s similar attack on the voting trend of Ewes, where he declared that the people of Volta Region have been voting in one way for a very long time.

This is not the first time Kennedy Agyapong has dabbled in hate speech campaign against Ewes.

He issued similar threat at the NPP regional rally at Mantse Agbonna in Accra earlier this year. At the said rally, he categorically declared war on the police insisting that the security agencies will be lynched if they dare prevent the NPP from carrying out their all-die-be-die attack on lawful citizens.

ADVERTISEMENT
It will be recalled that Nana Akufo-Addo declared “all-die-be-die” war cry ahead of the 2012 general elections, implying that the NPP will use all means possible to win power. He had previously warned that if the results of this year’s election do not favour him and the NPP, the party would ensure that Ghana suffers violence.

The “all-die-be-die” rant has reduced Nana Akufo- Addo from a viable alternative to the Mills-led government to a desperate loser seeking to appeal to the worse instinct of Ghanaians. It is, therefore, no wonder that Nana Addo’s able lieutenant Kennedy Agyapong is now leading the assault on Ewes in the Ashanti region.

Previous MESSAGE FROM THE SECRETARY GENERAL Next A Lot Of Villages In Western Togoland Have Been Neglected In Terms Of Development By Ghana Government. 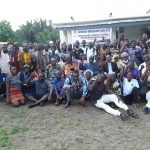 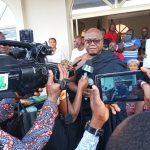 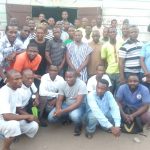 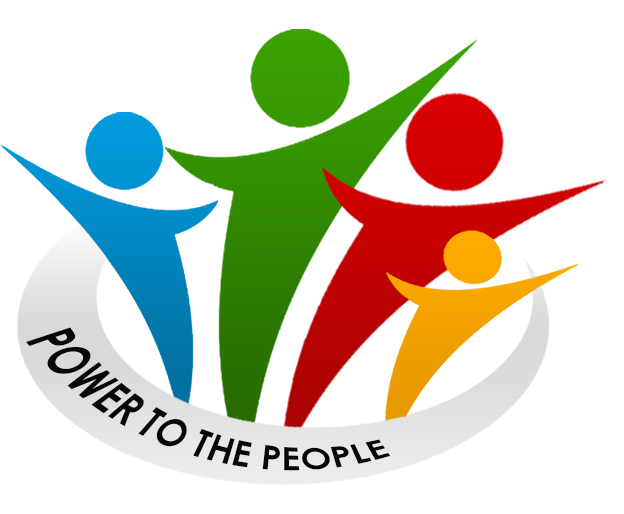